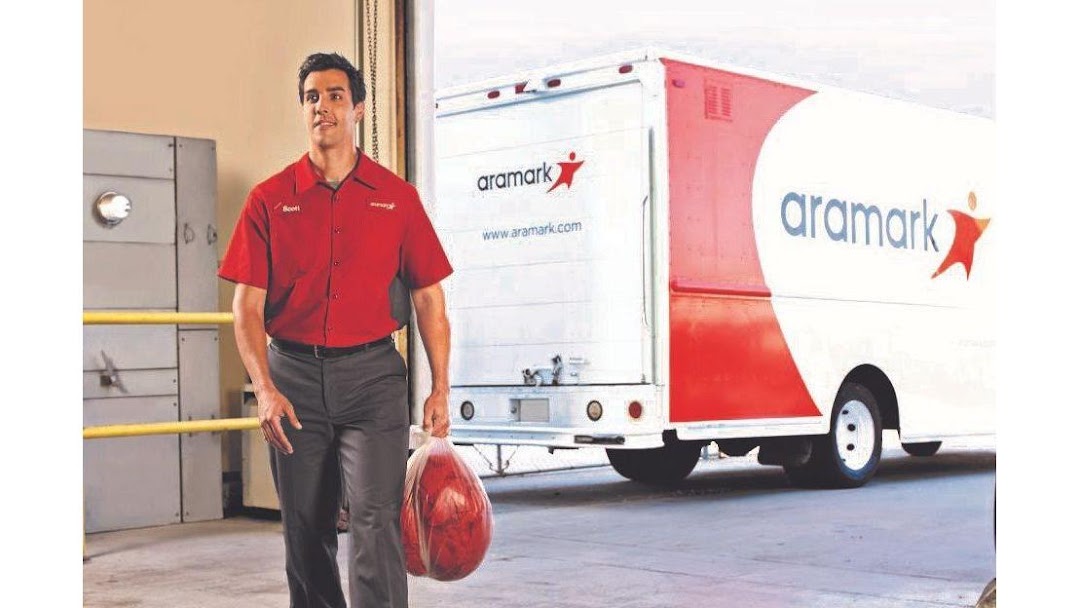 Really... how does this company get anything but 1 stars? I bought a business and stopped service with them. I thought my only interaction would be to clear out their equipment. They came and got there things... and left three mats. I got a bill for three mats. I called them to come get them- the response was an email saying your service request has been resolved. Great I think- until I start getting phone calls from a collections company and then the letters started. Thanks for nothing.I cannot encourage people to stay away from this company enough.

It would be so so nice if they didnt have inconsiderate, incompetent drivers who decide to park their big trucks on one of a two lane feeder road to the Burnside bridge (in a turn only lane) at 8am on a Thursday during rush hour, causing a massive back up and logistical nightmare for buses, cars, and bicyclists. Seriously, train your drivers to circle the block and park on lesser traveled roads.

Company charges for services that they fail to fulfill. If coverall uniforms were replaced then they either were smelling or damaged. On other occasions there were fewer uniforms delivered than agreed upon. In two cases employee had to weak a single coverall uniform for three weeks. At other time aramark couldnt provide properly sized coverall for a month. Chris, route delivery guy, always said to complain to him about missing items and we will pass those on to the office. When he was asked how we can call someone and file formal complain, he replied that he will get back to us on that. Never heard or saw him since that and new guy is taking complains verbally only. Dont do it, complain by calling 800 number and complaining to them. They have 30 days to correct the issue.

Not enough people in the world of business take the time to say nice things about the stuff that people do for them regularly. I work for Triple C Auto Brokers on Washougal, WA and our Aramark rep. Sean goes out of his way to make sure we are happy with the service every week. We think the world of him. In the short interactions we have he is both professional and personable on a level that needs to be appreciated. THANKS SEAN!!!

A.R.E. Manufacturing, Inc has been using Aramark for our laundry services for over 10 years. Our driver is Jim Regele and he does a fantastic job and is very easy to work with!

Dont go into business with Aramark. They are definitely a bait and switch company with their pricing and contracts. We set up their mat, towel, and restroom services at one of our gas stations and it was a big mistake. The contract states one fee, but two weeks later, the prices begin to rise - steadily, every week. We were quoted a service charge of 9%, that fee quickly went up to 14.26%. Suddenly, an inventory maintenance fee started to appear on every invoice. I contacted my rep and she explained that the inventory maintenance was a fee assessed IN CASE any of the towels were damaged, yet one week, we were charged for 5 towels that they stated were damaged. Then what was the inventory maintenance fee for, I asked, if we were still charged an additional fee when theyre actually damaged? She couldnt give me an answer to that, but said shed give us a credit on the fee we were charged when there actually were damaged towels. Now on to the restroom service...We were quoted a weekly price of $47.71 for them to provide all of our toilet paper, hand soap, hand towels, toilet seat covers, etc. Two weeks later, the price went up $7.50. Two weeks after that, another $7.50 price increase to our restroom service fee. What was quoted as $47.71 was now $62.71 and there were weeks when we werent delivered any product at all, yet that flat fee of $62.71 was still charged. I contacted my sales rep, who told me to call 1-800-ARAMARK and lodge a complaint. I did so and the drivers manager called me and explained that the restroom services fee is based on an inventory that their driver does at the beginning of each month. So if the driver said the site needed 15 rolls of toilet paper on the first, then we were charged for 15 rolls until the next month - even if we only went through 4 rolls in a week. And apparently, the driver is not allowed to make adjustments to the invoices or deliveries. Or so they say. The site manager asked to have a 3x5 mat exchanged with a 4x6 mat. No problem. He was able to ADD the 4x6 mat fee to our invoice, but was unable to DEDUCT the 3x5 mat fee, so we paid for a 3x5 mat for 4 weeks that we werent receiving until I caught it and called to get the mat off our account. I know this is long, but I hope it helps people to understand the 1 star review and stay as far away from Aramark as possible!

Had to having Aramark stop washing my uniform’s they come back smelling like they didn’t use any detergent, and mildew smelling. Complained a couple times but never helped!! Hope my company switches companies!!

Prices are going up and up even after they promising that will make correction.

Is there a number for your local office on airport way, pdxThank you

Very worst service. They bill you even though they never give service.